The Master of Disaster

When it comes to bouncing back from a disaster, be it caused by storm, fire or flood, many people look to their insurance company to help them get started with the business of rebuilding.  After all, that’s what you pay your premiums for month in and month out, right? As someone with 27 years of experience as an insurance adjuster, working on the insurance company side and the insurance consumer side, I’m here to tell you a hard truth.

While insurance companies portray themselves in the media as being all about helping you when the chips are down, the reality of the matter is that the smiling faces you see on TV stop smiling the moment you file a claim.  The metaphor I suggest you use is the one where you think of the insurance company as your legal adversary.  Why do I say that? It’s really not because I represent people who have claims against insurance companies. It’s because that is how insurance companies tend to treat the people they cover: as one would treat a legal and financial adversary.  If you feel uneasy about heeding this advice, you should carefully consider the following true story.

When I was a young adjuster working for a big insurance company, part of our job was meeting with local agents to maintain good relationships.  I will never forget one meeting I had with a very experienced, seasoned agent (a.k.a. "old") who was known to be a bit crusty, especially when claims weren’t handled to his liking. This agent was trying to explain to me why he had so many complaints about claim handling.

He grabbed a large notepad off his desk, picked up a pen, and drew a box. He then placed a "check mark" at the top of the box, and wrote "Agent" next to it. Then he placed an "X" at the bottom of the box, and wrote "claims" next to that. He then said, “Here is the insurance store. I am in the front selling diamonds, and when the customer goes around back to pick up his diamonds, you guys in claims are back there handing out rocks!”

In other words, he was selling peace of mind and security from a top-rated national company with
the promise of world-class customer service whenever a claim needed to be filed. And we (the people in claims) were simply not delivering the product he was selling. That’s what he was telling me.

Because I was young, because I was idealistic, because I was a good “company man,” I was genuinely insulted by this implication. In fact, I thought this agent was just a world-class jerk.  After nearly three decades of dealing with the insurance industry, however, I am here to inform you that he was absolutely right - of course not in every case, but all too often.
Here is another story I would like to share: I once had a memorable meeting with a client whose home had suffered major damage during a natural disaster. He was uneasy about something, but I couldn’t figure out what it was.

We met at a Dunkin Donuts near his home. He took his seat at the little circular table and carefully removed the plastic lid of his coffee cup. His lips were pursed and he wouldn’t meet my gaze. He told me that he wanted me to stop working on his claim against his insurance company. I was a little taken aback by this, because things had been going quite well on the claim. So I asked him why he would want me to stop working on his claim.

“You’ve already gotten me over $38,000 more than they said they were going to pay me,” he said. “You’re doing a great job, but I just don’t know if I can afford to pay you.” He forgot that I wasn’t charging him an out-of-pocket fee, but instead a small percentage of what I recovered for him above what the insurance company had offered to pay.

Frankly, I think he was used to being taken advantage of, after all, that’s what he felt had happened with his insurance company. I think he had expected the trend to continue in his relationship with me. I explained to him that if I got him another, say, $25,000, he would get $22,500, and I would get $2,500 – after the check from the insurance company came in. Translation: No money was coming out of his pocket.  Ever.

He thought for a moment, smiled, and told me to go for it. Good thing, too, because within a week, I had tracked down another $27,775 in valid claims for him, followed by another $9,300 or so before the claim was settled. In all, his settlement went from $12,029 to over $87,583. All with no out-of-pocket expenses for him whatsoever. 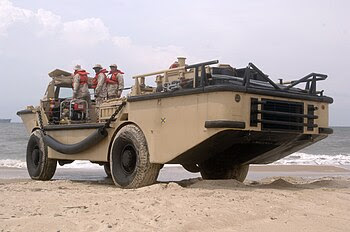 He now understands how a public adjuster works. But my experience is that he’s in the minority. Most people who suffer through disasters don’t realize that a good public adjuster is someone they want on their side. Most people get so numbed, or enraged by the experience of dealing with an insurance company that they come to assume that everyone is out to get them.

You may want to be treated as a “customer”, and you may want the insurance company to be accountable – to fulfill its obligations to you without you having to do much beyond routine paperwork. I can honestly tell you, it doesn’t necessarily work out like that.

Often, you are simply regarded as the next in a very long line of people who are trying to take more from the insurance company than you deserve. The working assumption is likely to be that your claim is not justified, even when it is. Rather than using the “customer/client” metaphor you are entitled to use, I want to suggest that you may be better served by using another metaphor to guide your decisions when you find yourself in need of payment on an insurance claim.

"Never settle for less than you deserve."

Mark Goldwich is president of Gold Star Adjusters, a firm that specializes in helping clients fight for what’s rightfully theirs.  For more information, go to http://insuranceclaimsadjuster.us/
at 11:25 AM 3 comments: